About Suspect in High Heels 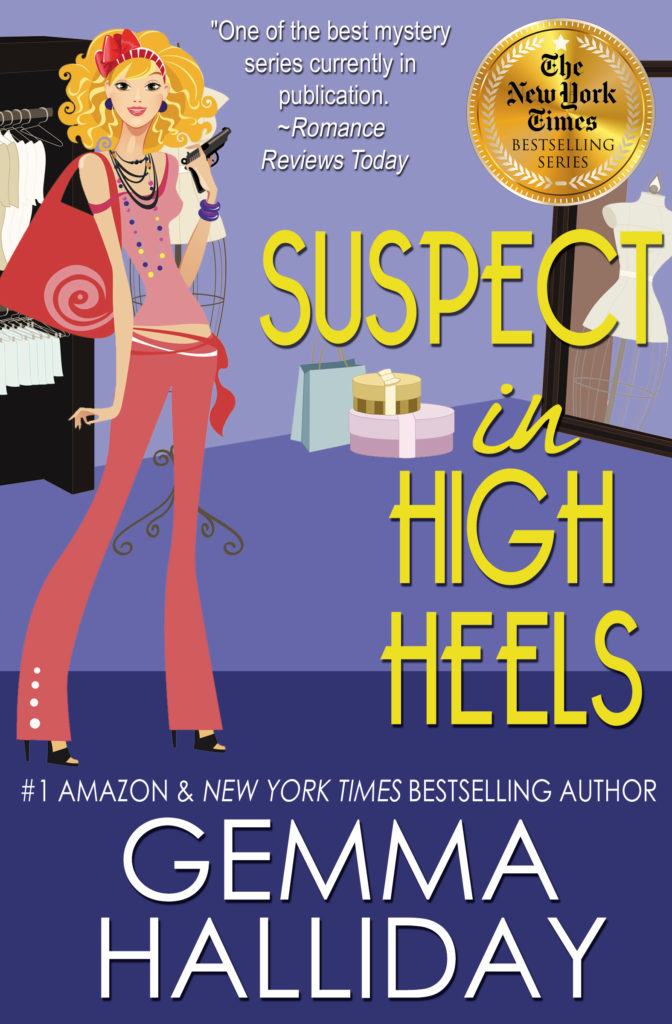 When Maddie Springer—shoe designer turned amateur sleuth—tags along with her mother to the Antiques Extravaganza road show, the last thing she expects to have to do is pull her mom off of a celebrity appraiser after he calls her prized antique hatpin a phony. But things go from harried to homicide when the same appraiser is found dead just moments later—killed by Mom’s hatpin!

Now not even Maddie’s husband, LAPD Detective Jack Ramirez, can save Mom as the force’s two most bumbling detectives are assigned to the case. As if Maddie doesn’t have enough on her plate, her best friends, Dana and Marco, enlist her help to plan the most over-the-top Hollywood surprise party ever for Dana’s fiancé (who has a little surprise of his own up his sleeve), Maddie’s adorable twin toddlers are always up to no good, and the only thing that can calm her fashion-challenged and suddenly-a-suspect mom down are aura cleansing from her favorite Venice Beach psychic, Mrs. Rosenblatt. Whether they help or hurt, Maddie’s friends assist her in wading through a slew of murder suspects—none of whom are telling the truth and all of whom have ample motive to want the appraiser dead. Was it the frigid business partner with questionable ethics? The clown-collecting fan-turned-stalker? The auction house owner with a grudge? Or was the appraiser’s real business something much more sinister than his TV personality let on…and much more deadly?

Maddie and her eccentric gang of unlikely sleuths are under the gun to find out before the real killer strikes again…and Mom takes the fall!

The last High Heels Mystery was released in 2015 and I’ve been waiting and waiting for another one since. I can’t tell you how excited I was when I saw the tour invitation appear in my mailbox for this one… and I was not disappointed.

The mystery we must solve along with Maddie is who killed antiques appraiser Carrington. With husband, Jack, off the case and her mom on the hook, Maddie is going to pull out all the stops to get to the real culprit. I think we get quite a few viable suspects cropping up and the motives are varied. I love how one of the suspects leads us back to a series regular who always find himself in the story. There is also a secondary conundrum about if/ how Carrington was running a scam. This makes the narrative even more interesting. The big reveal is wonderfully entertaining, even if you do wonder how Maddie could have found herself in that situation yet again?!

I love the Southern California setting of this series, and anyone who has lived there or spent any time there will certainly be able to relate to the locales and issues. The author really makes the daily life of So-Cal residents a seamless part of the narrative.

My only disappointments probably come being a series follower and being invested in the characters. Jack, Maddie’s husband, is a detective and is pulled off the case his mother-in-law is under suspicion. This means he has a little more time to spend at home. Except never once does he interact with his cute two year old twins. Other than a line about him chauffeuring then somewhere, he doesn’t even talk about them. In fact, at one point when Maddie is attacked, he says nothing about how the attack could have been close to lethal for the kids, if they were in the car. Not a major issue but as a series follower I thought it was noticeably missing from his character.

The other area I felt cheated was with Dana and Ricky. A major event that could have been really impactful and moving for series followers was over in three short sentences. These characters have won my interest since book 1. I want to really enjoy them and their big moments.

That said, I fully enjoyed re-immersing myself in Maddie’s crazy world and reconnecting with the fun characters who make it up. Other best friend, Marco is always good for a laugh, even if not so much for fashion tips! The descriptions of his over-the-top outfits are hilarious and definitely bring a touch of sparkle to the tale.

Overall I give Suspect in High Heels 4/5 tall espresso shots and I’m looking forward to the next one! 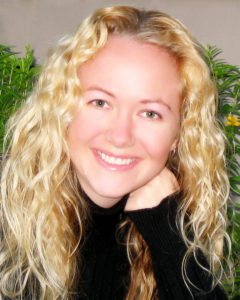 Gemma’s path toward becoming a bestselling author was not a straight line—more like a zigzagging path filled with obstacles! Prior to putting pen to paper, she worked as a film and television actress, a teddy bear importer, a department store administrator, an architect’s assistant, a preschool teacher, a temporary tattoo artist, and a 900 number psychic. Luckily none of these panned out.

The Rest of the Series

November 5 – I Read What You Write – REVIEW

November 6 – I’m All About Books – SPOTLIGHT

November 8 – My Journey Back – CHARACTER INTERVIEW

November 9 – Escape With Dollycas Into A Good Book – SPOTLIGHT

Have you signed up to be a Tour Host?